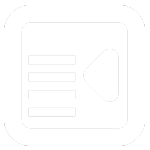 The Ente-Scuola teaching body for professional training of building workers is constituted, in the city of Piacenza, by the Associazione degli Industriali (Industrial Association) for the Province of Piacenza, and the 3 workers organisations, namely, C.G.I.L. Provincial Union F.I.L.L.E.A., C.I.S.L. Provincial Union F.I.L.C.A. and U.I.L. Provincial Union Fe.N.E.A.L., all of which are in Piacenza and in force by the provisions laid down in article 8 of the “Statement of recognition and supplementary regulations of the National Collective Work Contract of July 24th 1959, for workers operating in building industries and akin to the Province of Piacenza”, stipulated on 2nd October 1959 by the same Employers and workers Organisations.

The duration of the Ente-Scuola teaching body is established in the provisions laid down in article 8 of the above mentioned provincial Contract, stipulated on 2nd October 1959. Hence, the duration of the Ente-Scuola remains fixed from 1st January 1960 until 31st December 1961 and from then on shall be extended year by year or by tacit renewal of the Agreement on the constitution of the Ente-Scuola itself, pertaining to the above mentioned Art. 8 article 8 of the provincial Contract, stipulated on 2nd October 1959, or in the case where the contract expires, by means of new contract to be stipulated in the union head office between the Employers and workers Organisations quoted in the first comma of this article.

This website or third-party tools used by this site use cookies necessary for its operation and useful for the purposes illustrated in the cookie policy. If you want to learn more or opt out of all or some cookies, see the cookie policy.
By closing this banner, scrolling this page, clicking on a link or continuing navigation in any other way, you consent to the use of cookies.
More informationOK